Package should be installed successfully and saved in dependencies

Proxy module is configured in buildtime, so you can not use env variables expecting to change on runtime.

I suggest to do it the way axios module do it to allow proxy module works with runtime config.

One of my modules provides a default configuration for the Proxy module if there is no configuration set in the nuxt.config.js file. But this results in a warning:

The module works correctly, accepting the configuration from my module, so the warning, while accurate, is not actually relevant.

Unsure, possibly check configuration at a later stage, or provide a method for a module to suppress the warning?

I am following the doc of https://axios.nuxtjs.org/options/#proxy to proxy my api, which uses this Proxy Module.
I have an app that forwards www.example.com/api to api.example.com
If e.g. api.example.com/resource returns 403, then www.example.com/api/resource will return 500 Internal Server Error.
How can I configure the proxy to return the original status code of the api and thus not converting it always to the same 500 error code?

Server middleware is not registered in SSR mode

I'm not sure what am I doing wrong but I seem to not be able to use proxy module properly.

It works only for npm run dev, it fails with "Page not found" error for npm run build && npm run start.

Shouldn't both methods produce the same results? If I understand it correctly the proxy module should be adding the server middleware too.

Request failed with status code 500 when many requests to images

If I use a proxy for images located on a third-party server, then when the search robot starts crawling the pages of the site, sometimes He gets 500 error.

In the server logs, notifications appear that it is impossible to upload images.
With an intense load on the server, five out of seven pictures open normally, an attempt to open two other pictures leads to an error of 500, which, in turn, leads to a complete blocking of the entire page.

I set up proxying for all statics resourses through nginx. Everything works great!
But if I use your module to access statics located on another server, then the above situation arises.
The problem is periodically observed during local development, when all statics are located on the backend, and need to proxy it using your module.

I don't know where this comes from, but the trace log says it's from http-proxy-middleware which @nuxtjs/proxy depends.

My Nuxt server logs are recently filled with MaxListenersExceededWarning error logs and it becomes noisy to look for the actual errors: 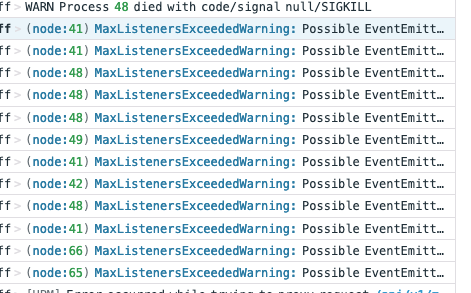 Anyone got same issue? Or is this actually an error to warn the memory leak is actually happening…? Thanks.

Runtime variables are now supported by Nuxt. Thus, the proxy-module needs to be updated to support it for its "target" value.

I have an app with a single dynamic route at "/". To solve CORS problems in development, I decided to try the proxy module. However, it doesn't work as the request to proxy is intercepted by the dynamic route, leading nuxt to hang and crash.

I would think it would be ok to let '/api' supersede nuxt routes when proxy module is used. If for some reason this isn't acceptable, an option for this would be useful.

This happens quite a lot in my production server. Any idea why this happens?

Currently published proxy module relies on [email protected], which uses some outdated dependencies. In repository package.json already uses ^0.20.0, but after I removed @nuxtjs/axios and installed it back, I still got [email protected]

Does anyone can help me? Thank you very much.

I'm stumped. Here is the situation:

I'm making HTTPS calls to a CouchDB database from a Nuxt universal web app. CORS is enabled on the CouchDB server, which is running on an AWS EC2 instance. The database is accessible with Basic Authentication.

The Nuxt app is making Axios calls using @nuxtjs/axios module. No proxy is being used right now (more on this in a bit). Simple calls - basically a GET and a PUT to read and write documents to the CouchDB database. Calls are made with Authentication header and username:password encoded base64. It's a pattern I've used often without a lot of drama. All of these calls are made from Actions in the Vuex store.

,.,it doesn't work on Chrome, Firefox, or iOS Safari. Just macOS Safari. What??? That's weird, right? They appear to fail somewhat similarly; Firefox never makes it past the OPTION preflight check, and I think that's also true for Chrome but it's not so clear. In both cases the connection is simply drops with an ECONNRESET error and extreme prejudice. No response packet, just a cyberdoor slammed in my face by the CouchDB server.

Anyhoo, I thought I'd get to the bottom of what was going on by using an http sniffer. I figured there must be something with the headers, since CORS is kind of an evolving standard and Chrome has been messing around with their CORS stuff in response to security threats.

So I fired up HTTP Toolkit, and launched instances of both Chrome and Firefox and pointed them at my development instance running on localhost:3000. Lo and behold, they both worked! Nice smooth fetching of data, no drama.

What immediately came to my mind is that this must indeed be a CORS issue - the only difference with the instances of Chrome and Firefox running HTTP Toolkit an those not running it is that the http requests are being proxied. I'm sure HTTP Toolkit manages the CORS issues since otherwise it wouldn't serve its intended purpose.

So I tried setting up the @nuxtjs/proxy module to proxy my Axios calls, hoping that would solve the problem. Now I've never set up an http proxy before but I figured the documentation is so sparse because it must be easy, right? Uh, yeah.

In addition, I'm not even sure this is the right track. I've read some conflicting statements around the web on this kind of stuff. For instance, can you use @nuxtjs/proxy in a universal app? Seems like you can, but I've also seen claims that you can't.

If you've made it this far, I appreciate it and will end this little discourse with the following questions:

This Action is called from the following computed property on the associated Page:

So, to recap: I have a universal app that successfully makes authenticated CORS calls to a CouchDB server if I use the app on macOS Safari or proxied instances of Chrome or Firefox, but fails on regular Chrome, Firefox, and iOS Safari. And I can't get @nuxtjs/proxy to work for me.

Thanks for any guidance you can provide. Cheers,

But i think "maybe, i can use docker container name???" like below.

Does anyone know about it?
Thanks.

For anyone facing this issue in the future. Here is my solution:

I imported axios in the test.js file. So I did not use the $axios one provided via nuxt. This way the request wont be happening through the nuxt configuration and the request will be made with auth settings provided in the proxy settings.

I'm having an issue with the options.auth from http-proxy in combination with an user session from the auth module from nuxt.

Some of my config:

It looks like the headers are overridden by the nuxt auth module that are being send to the proxy endpoint. Anyone have ideas about this?

Are there special considerations I need to take when using this module with Docker? Although I'm able to get the proxy working locally without Docker, I'm having an issue using the proxy module locally with Docker. Specifically, the route returns a 404 instead of the target.

My Nuxt config, right now, is using the example configuration from the docs. 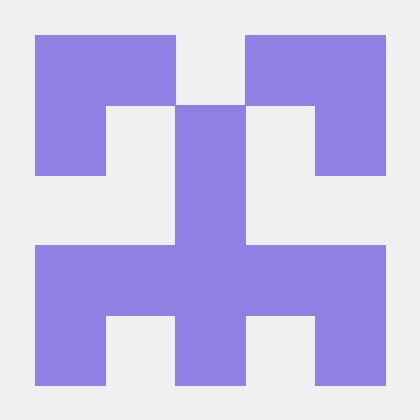 Use proxy module with company proxy

Currently the proxy module can't make use of a company proxy server, resulting in timeout with external identity provider(e.g. keycloak), which is being proxied through /auth. Although the docker container is configured properly for using the company proxy, nuxt.js and especially the nuxt proxy module don't utilize these settings.

Add a boolean flag as well as configuration option for nuxt.config to utilize the company proxy server, e.g.:

I can see the URL the browser is posting too, but I can't then see what URL it is being forwarded on to.

Is there any such debug mode or logging available to log what URL the request is being forwarded to, and to check the proxy is even receiving the request properly?

I had a look at https://github.com/chimurai/http-proxy-middleware, and tried to add logLevel: 'debug' to the options, like the below:

I also tried as a global option:

But I can't seem to get any logs. Would you be able to let me know how I can do this correctly please?